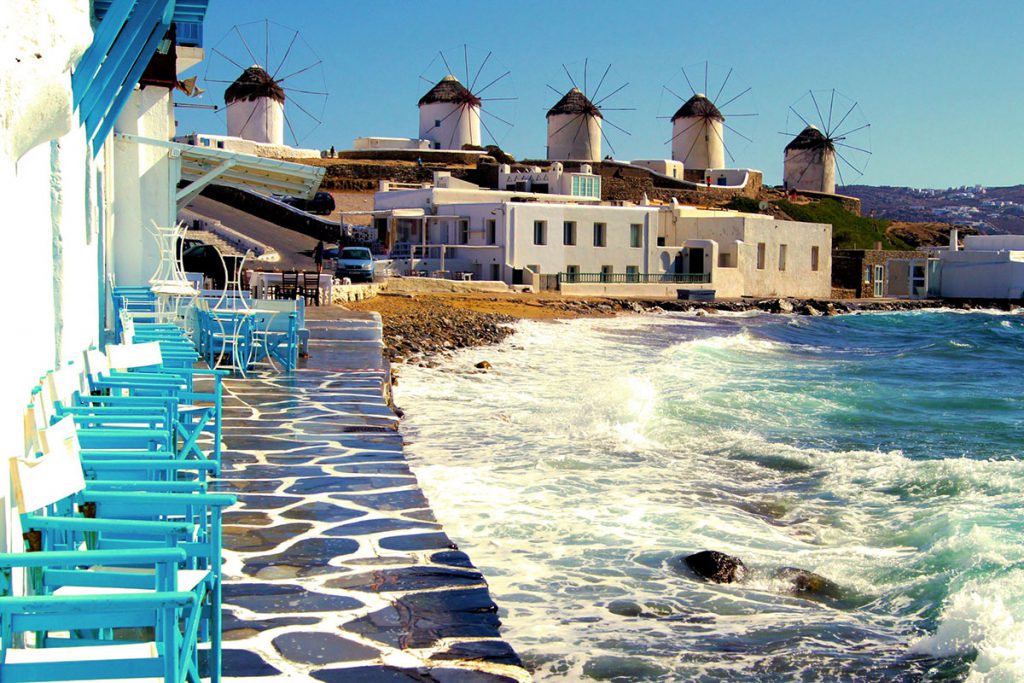 We will begin from the main town with an easy stroll through the small and narrow streets, with many possibilities to take nice photographs in the early morning. 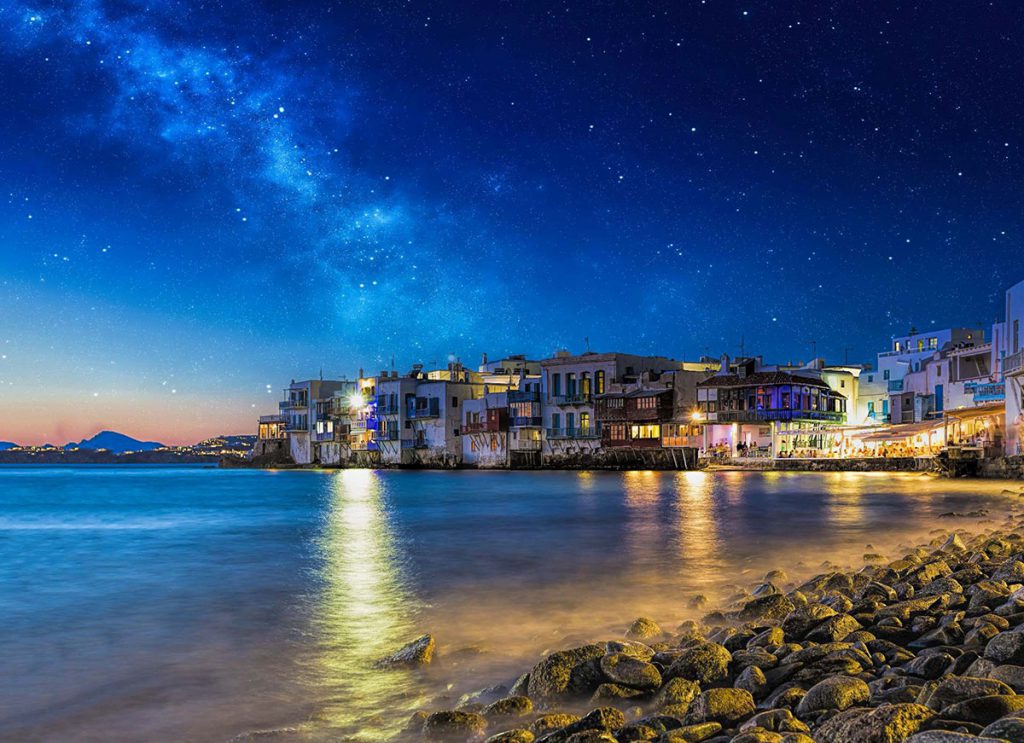 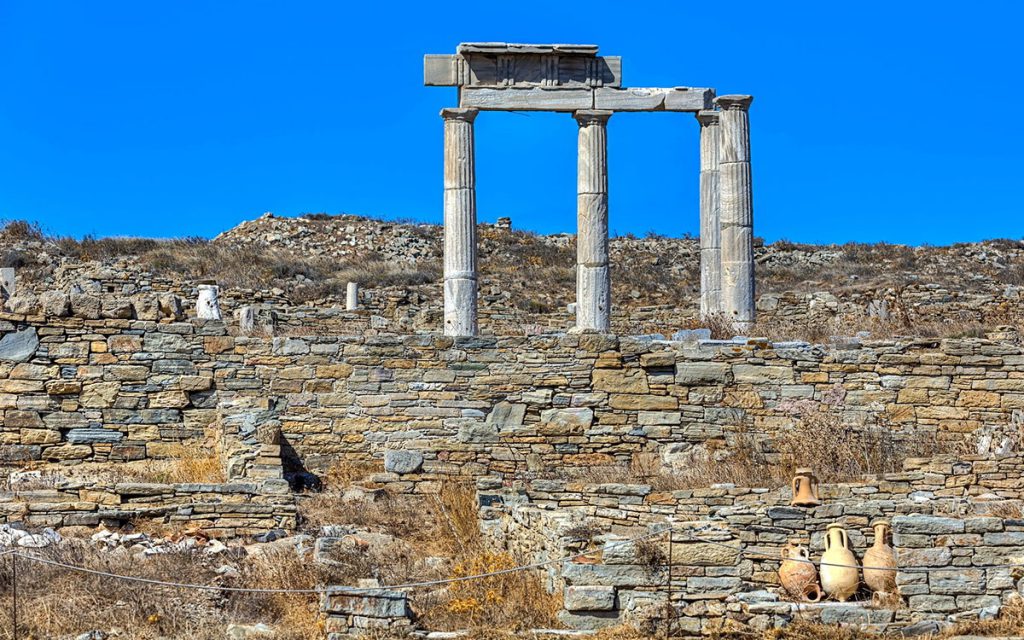 We will take you for a short 45 minute boat trip from Mykonos harbor to one of the most important archaeological sites of Greece, a UNESCO world heritage site, the ancient island of Delos and discover monuments like the Temple of Apollo and the Sacred Way. 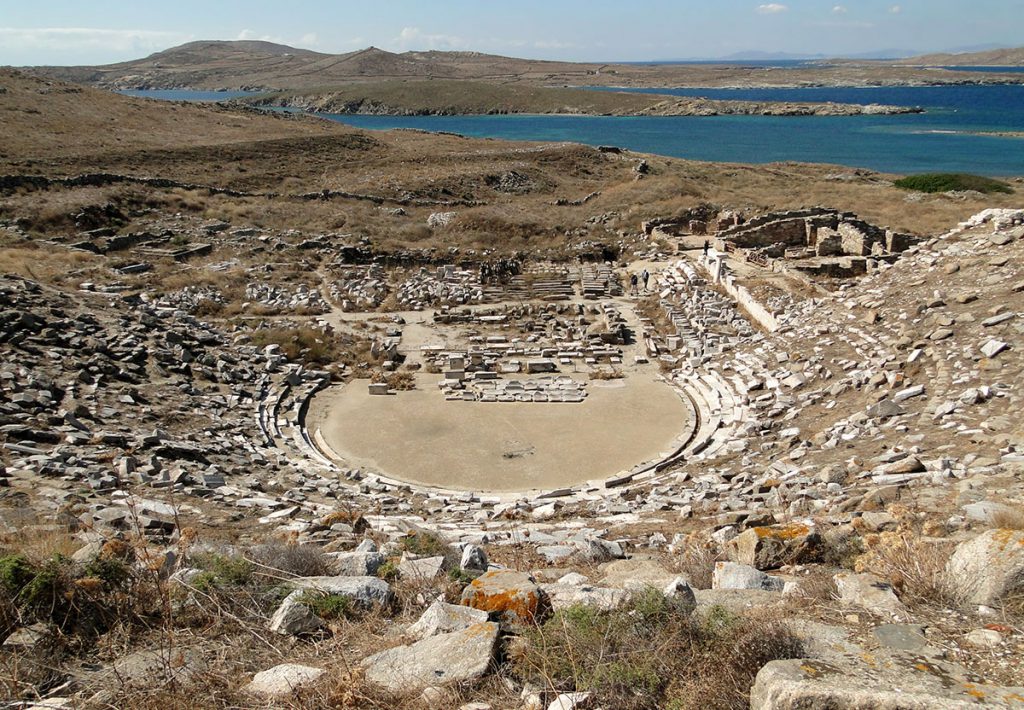 Starting from Mykonos, we will take you on a boat trip to another island of the Cyclades group Syros which combines Venetian and Cycladic architecture. It serves as a transportation hub for the Aegean, as its port serves ferries to islands of Cyclades, Dodecanese and Eastern Aegean. 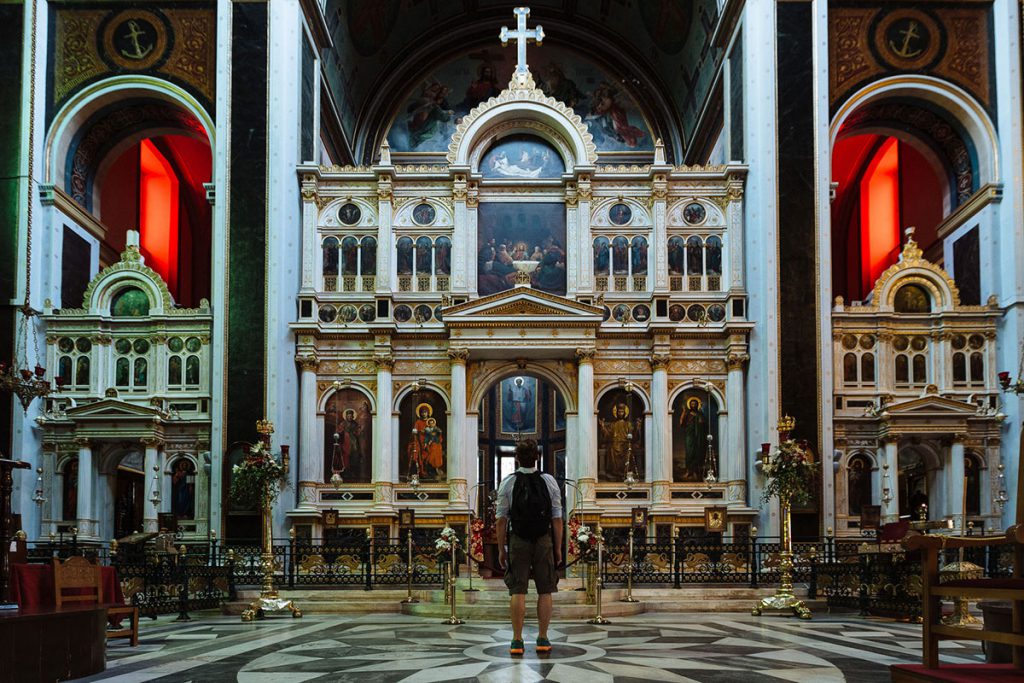 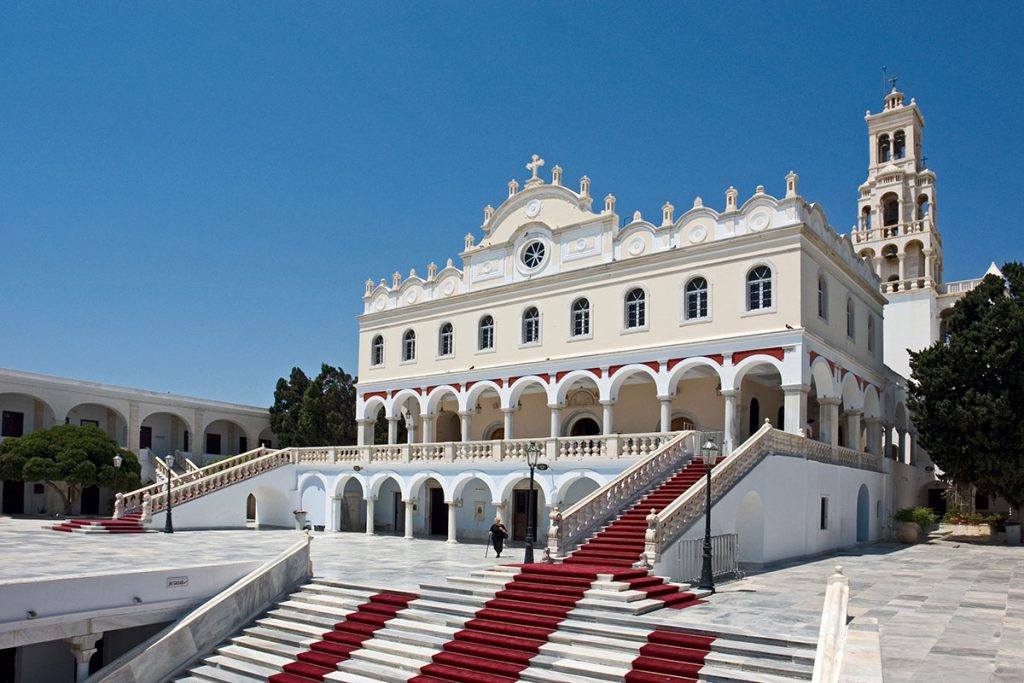 Tinos is an island north-west of Mykonos and only 45 minutes by boat where we will experience the authentic culture and the traditional hospitality of Greece.
This place has religious importance for the Greeks as the Church of Panagia Evangelistria in Tinos Town is considered the protector of the entire country. In fact, many pilgrims head to this church all year round. 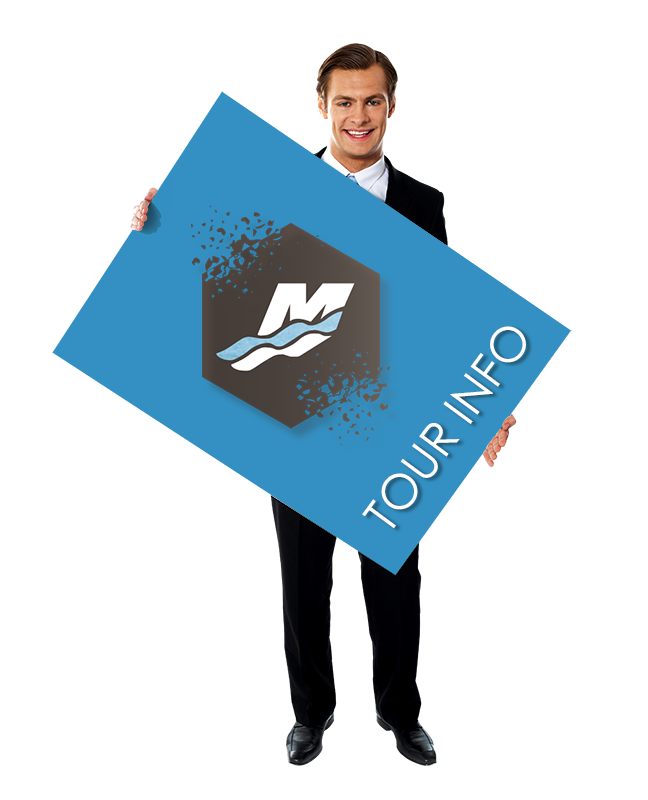 We get orientation and information in the labyrinth of the old town as well as impressions of the small port and the churches in town; peruse the various stalls of the vibrant market.

Of course we will see the famous wind-mills and come across the Pelican(s), the mascot of Mykonos.

Subsequently, we will explore the island with a car, visiting some of the most famous beaches and the inner landscape.

We will meet fishermen and take pictures of kaiki boats, small private chapels and houses built in typical Cycladic style.

We will continue around the coastline and gaze out over the deep-blue Aegean Sea. Nestled in coves and bays are stunning beaches of golden sand, and the shallow turquoise waters make for an idyllic sight. In the second main village of Mykonos, Ano Mera, an idyllic place 6 km from town, we have enough time for a refreshment and a stroll around the traditional square before visiting the monastery of Panagia Tourliani built in the 16th century. Next stop will be Kalafatis beach where if you wish you may take a dive in the turquoise waters before breaking for a light lunch or take pictures and have a coffee or refreshment.
We continue to visit some of the most famous beaches, Ornos, Agios Giannis and Platys Yialos, as well as pass by the inner landscapes of the island before going back to town to a place with a fantastic view all over the town and neighbouring islands.

Tips: Wear walking shoes, trainers or flat shoes, a sun hat, have your swimming suit and a towel and don’t forget your sunscreen.

The island of Delos was the center of the Cyclades of the ancient world. There is a lot to see: having been inhabited between 2500 and 69 BC.
Statues, sanctuaries and temples were built, and their ruins are now scattered around the island and on display in the museum.

Delos boasts of many treasures remaining from these times like the ancient market place Agora, the famous terrace of the Naxos lions, the holy lake, the ancient living quarters and theatre that give you a lively vision of the daily life; especially the houses of Dionysos, Kleopatra, the Trident, the Masks, the Dolphins with their mosaics are all a fantastic experience of art not to be missed.
Furthermore there are the Temple of Isis, the Egyptian goddess, the Roman water system and cisterns. We will visit the museum with its numerous exhibits from all the historical periods which are represented on the island and then walk down the celebrated Lion Street.
It is well worth the climb to visit Mount Kynthos to which at 367 feet (112 meters) is the highest mountain on the island, to enjoy stunning views of the surrounding Cycladic islands and take photos.

The largest towns are Ermoupoli, Ano Syros, and Vari. Ermoupoli is the capital of the island and of the Cyclades. It has always been a significant port town, and during the 19th century it was even more significant than Piraeus. Other villages are Galissas, Foinikas, Pagos, Manna, Kini and Poseidonia. We will walk through the beautiful streets of Ermoupolis built amphitheatrically up the hillsides around the port. The hills and the valleys produce quick changes in the scenery, alternating between cultivated fields, and orchards. Beautiful locations and scenic beaches sum up the island.The city hall is in the center of the town and we will walk through the narrow streets and the Miaoulis Square, ringed with cafés, seating areas, and palm trees. We may visit the numerous churches, such as Metamorphosis, Koimisis, St. Demetrius, Three Hierarchs, Anastasis, Evangelistria, and St. Nicolas and visit the archaeological museum and the municipal library before breaking for lunch in a traditional local cuisine restaurant.
Later, we will admire the Apollon Theater built in 1864 by an Italian architect named Pietro Sambo, the theatre’s construction was largely inspired by La Scala di Milano, among others.The quarter of Vaporia is where sea captains traditionally lived. There are numerous neo-classical mansions along the quarter’s narrow streets.Hiking the hill above Ermoupolis, we reach the quarter of Ano Syros, the traditionally Catholic community of the island, built by the Venetians at the beginning of the 13th century on the hill of San Giorgio. Innumerable steps between narrow streets and houses with coloured doors lead to the top of the town. The Catholic cathedral of Saint George dominates Ano Syros.The Orthodox quarter on the second hill of Ermoupolis is also home to stunning religious monuments such as the church of the Dormition of the Mother of God and Saint Nicolas the Rich.We may also visit the Markos Vamvakaris Museum, celebrating a famous rembetika (Greek blues) musician who was born here.The island boasts several sandy, unspoiled beaches. Galissas, Megas Gialos, Kini and Posidonia are the main beaches of Syros Greece, with sandy shores and crystal water.We will go by some of the main beaches and have a swim in Galissa and probably in Kini too.Lovely taverns and cafeterias can be found all around so prepare to have some of the best meals in the Cyclades. You will have the opportunity to taste the traditional sweets of the island: loukoumia and halvadopites.Loukoumi is a traditional sweet, made of sugar, water and starch, along with aromas and nuts. Loukoumia are small cubes covered with powdered sugar, and come in several scents and flavors. They are traditionally served along with Greek coffee.Halvadopita (nougat pie) is the second most popular sweet of Syros. It consists of thick white nougat sandwiched between two “ostias”, that is thin wafers. It is made of honey, sugar, glucose, vanilla, egg whites and almonds.Syros also has a British war cemetery where various soldiers are buried, including many seamen and servicemen who died in the Cyclades region, particularly during the Second World War.

Tips: Wear walking shoes, trainers or flat shoes, a sun hat, have your swimming suit and a towel and don’t forget your sunscreen.

The island is the homeland of renowned great artists of marble carving such as Gyzis, Lytras, Chalepas, Filippotis and Sochos, who have been the last famous names to have held the baton of the island’s marble-carving tradition. According to the legend, the famous sculptor of the ancient times, Fidias, had taught the secrets of his art to the locals. Their admirable craft is displayed in chapels, fountains, arches and pigeon lofts.

In the village of Pýrgos the Marble Art Museum is worth a visit as much as the Gallery of Tinian Artists right next to the church of Virgin Mary.

The beaches of the island are sandy, with calm waters.

As soon as we arrive at the island we walk through the main avenue of the city to the most famous church of Panagia which is considered to be the protector of the country, and contains a miraculous icon inside and both men and women have to be dressed respectfully.
We will than take a drive over the winding roads of the island to the mountainous villages and picturesque landscapes with our first stop at the monastery of “Kechrovouni”, were the nun “Pelagia” used to live and had the vision to go to Tinos Town and find the holy icon in early 19th century.
We continue to the important historic mountain of “Exobourgo” where the great Venetian castle was situated which in the past was the strongest force of the whole of Greece against the Turkish invaders. At the other side of Exobourgo we see the catholic villages of the island. We stop in the old traditional village of “Volax” with the famous basket making where we will have a lunch and coffee break before exploring the village and visiting the local basket makers.
Our tour will continue to Ktikados village and to “Pirgos”, the center of the marble arts and of the marble region of the island. We visit the local artists while at their work before exploring the village which is completely made from marble.
Further impressive sites are the church Agios Nikolaos and the grave yard at its rear both also full of marble art and time for another coffee break at the village square.
We continue our tour through the agricultural region of Komi and stop to see the beautiful lemon groves, before driving over the panoramic road with breathtaking views to Tinos Town and the sea. We continue our drive to the valley of the pigeon with the old medieval style and admire the beautiful site of the pretty setting of the old Venetian pigeon houses.
Afterwards, we return to Tinos Town, where we will have free time for a stroll before sailing back.